Windows play a huge role in today’s buildings, allowing for outside view and providing occupants with daylight. However, windows are also often considered to be one of the weakest building components with respect to high thermal losses and are in addition often the reason for overheating and glare issues.

Windows are a key component to any building’s design, so it’s only fitting that they are also an essential part of new strategies to improve energy efficiency. Windows impact the form and function of all rooms, and due to the heat transferred through the glass, windows have a significant impact on heating and cooling costs.

Energy and economic effectiveness depend on choice of type of window construction.

The best solution for this problem is Tintuitive™ Photochromic Self-Tinting Film that allows architects to save energy without compromising view and window design.

What is the Photochromic Dynamic Film?

Throughout the year, this adaptive technology automates the amount of visible light let into a building by dynamically tinting when called for by various weather conditions.

Tintuitive™ window film contains carbon-based molecules that change their molecular structure when UV light strikes them (and thus they absorb more light) and become dark. Similarly, in the absence of UV light, the molecules reverse to their original shape, making the glass clear once again.

As building codes around the United States increase demand for greener designs, Photochromic Dynamic Film have become less of a niche market technology and more of a product appealing to a variety of customers within the building sector.

Analysts note that Photochromic Self-Tinting Film allows decreasing energy losses, cut down expenses on ventilation and lightning, and answers for alternative to louver shades and curtains.

Photochromic Dynamic Self-Tinting windows are about 60% more energy-efficient during the winter season and 90% more efficient in the summer compared to standard dual-pane glass. This reduces overall energy spending by approximately 25%.

Switching to Photochromic windows could make a huge impact in the energy bills of today’s biggest buildings. Buildings account for almost 40% of all energy consumption in the United States, according to the US Department of Energy. If these buildings could improve efficiency by 20% by 2025, they could save more than $40 billion.

Photochromic windows can provide even more savings in terms of the amount of greenhouse gas emissions that can be reduced. If every building in the United States installed Photochromic windows, it would greatly decrease the amount of greenhouse gas emissions in the atmosphere. Not to mention, if less energy is demanded for building use, that means less energy needs to be sourced from foreign oil, reducing dependency.

There are now several hundred examples of buildings that have Photochromic Dynamic Self-Tinting windows installed around the world and in different climatic zones, from education buildings, commercial offices and public buildings up to hotels, hospitals and worship facilities.

Be a part of this energy-efficient movement and contact Smart Glass Technologies for the quote today!

As a leading company in Switchable Smart Glass and Film, Smart Glass Technologies always gives its customers the latest innovations 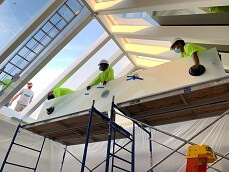 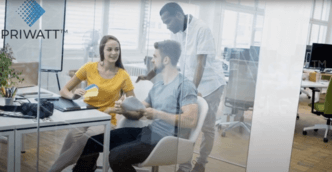 How expensive is Smart Glass and Smart Film?

Switchable Smart Glass and Film technology make an excellent, moderate expansion to any home or office. The smoothed out, high